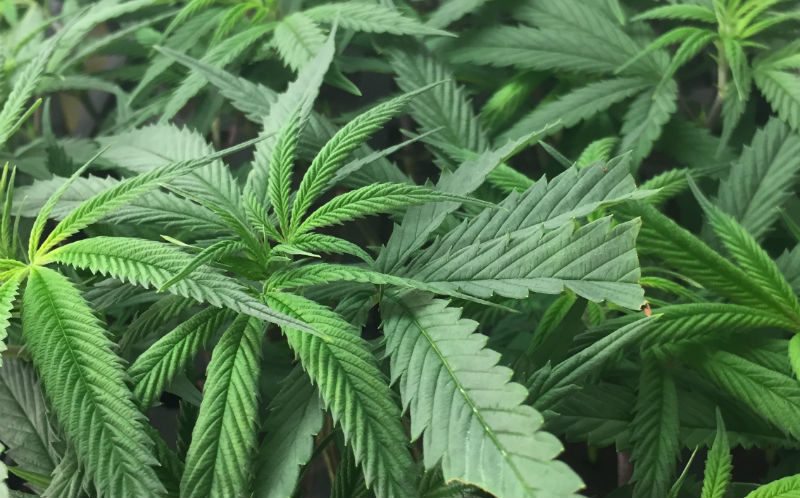 Tucker Cole at Illinois Grown Medicine is excited about the potential growth in the cannabis industry especially in the area of breeding new strains.

Talking with Tucker Cole, cultivation specialist at Illinois Grown Medicine in Elk Grove Village, Illinois, it’s quickly apparent he’s excited about working in the cannabis industry. Having grown up working in the family business, D.S. Cole Growers in Loudon, New Hampshire, he sees the same advancements that have been made in the ornamental plant industry coming to the cannabis industry. D.S. Cole Growers operates about 5 acres of glass greenhouses growing primarily ornamental bedding plants, including young starter plants and finished plants.

“Initially I thought I would like to take over the wholesale side of the family business,” Cole says. “Attending [AmericanHort’s Cultivate] in July, I had the opportunity to see the large ornamental plant breeding companies like PanAmerican Seed, Takii and Dümmen Orange. With my dad in the industry, that helped me to gain access to a lot of the breeders. I was able to talk to the breeders in these companies and obtain internships where I got to work with them. That’s when I started to develop this love of genetics. I really became interested in how the breeding companies were developing new plants, new colors and new varieties. I started to develop this fascination for art through science.”

Cole also worked with research breeders while attending the University of New Hampshire. One of the scientists that Cole worked with was J. Brent Loy, professor emeritus of plant biology and genetics, who worked with cucurbits.

“I was able to do a research project on interspecific hybrids of Cucurbita maxima crossed with Cucurbita moschata,” Cole shares. “We were able to develop a squash variety that had a significantly higher dry matter weight than any other current production cucurbit squash on the market, which was extraordinary.”

Although Cole had some interest in doing breeding work on the academic side, the commercial side kept calling him back.

“I did a brief internship in the Netherlands at Florist Holland, which has been breeding gerbera daisies for over 40 years,” he says. “That brought back my love for breeding art with new colors, new flowers, new awe.”

“I couldn’t get excited breeding on academic terms, though working with commercial flower breeders it was a whole new world. The excitement of what new colors could I make with this cross was amazing. It’s a different environment.”

After receiving his Bachelor of Science degree with an emphasis in plant genetics at University of New Hampshire in 2015, Cole planned to apply to multiple graduate degree programs in the United States and at Wageningen University in the Netherlands.

“I was in a fraternity at UNH and I got a call from an alumnus who graduated in the 1990s,” Cole says. “We had randomly met during the summer and he gave me a call and asked me about my feelings on cannabis. We got to talking and I flew out to Phoenix and saw the Infinite Bloom cannabis production operation and what they were doing and that was kind of the end of the story for ornamentals. I moved out to Phoenix in November 2015. That is how I got my foot in the door with cannabis. Cannabis is an evolving industry. It is extremely immature at the moment and has a lot of room to grow.”

Differences in Cannabis Strains and Use

Cole says most of the cannabis strains he looked at while in Arizona had minor differences.

When looking at the differences in phenotypes, he says, “Some were short, tall, leggy and the flower buds can be completely different.”

“There are a number of companies doing breeding. I started doing some simple breeding on my own at Infinite Bloom. I started recording everything including height, color, sugar leaf content, dry weight, tetrahydrocannabinolic acid (THC-A) and if the strains would grow in the production system we were working with. We ultimately came up with a handful of strains that are on the market today.”

Now that Cole is working in Illinois where cannabis is legal for medical use, he is looking for medicinal strains.

“With medicinal strains we are looking for a higher cannabidiol (CBD) concentration and the different types of cannabinoids that are produced by the plant,” he explains. “We will not breed a plant solely to produce CBD. A plant needs to have some phytocannabinoid tetrahydrocannabinol (THC) because the chemicals all interact with each other. You can’t breed a cannabis plant that only produces CBD and you can’t breed a plant that only produces THC for medicinal use. You have to breed a medicinal plant with a low percentage of THC to achieve the right chemical interaction. But it won’t have a psychoactive.”

Whether breeding for different THC or CBD levels, Cole says for both medical and recreational uses, habit and yield are very important.

“Terpenes or terpenoids are key in a plant’s aroma. Could be a ‘skunk’ that most people refer to when they receive a whiff of the plant walking down the street. But breeders are developing strains using known terpene profiles to achieve unique and identifiable smells. For example, there are strong gasoline strains like Sour Diesel. Then there are those strains that have sweet berry, banana and tangerine aromas such as Double Tangie Banana and Strawberry Kush. The latter really does smell like a strawberry. These smells are partly due to the different profiles of terpenoids. It has nothing to do with the CBD or THC levels. Even flavonoids are being discovered and bred. Cannaflavin-A has been found to be one of the leading causes of anti-inflammation.”

Cole says there has also been discussion about whether there is any difference between strains that are Cannabis sativa or C. indica.

“The more I research and the more breeding and growing of cannabis that I do, I don’t think there is much of a difference on whether a plant is an indica or sativa, it comes down to the THC/CBD level and the terpene levels,” he says. “People say that the sativa strains give an energetic high and the indica strains give a more mellow feeling. It actually doesn’t matter which species it is, it all depends on the terpene profile.”

He references an interview he read between Ethan Russo and Daniele Piomelli (http://online.liebertpub.com/ doi/full/10.1089/can.2015.29003.ebr). “Dr. Russo explains there are some terpenes that deliver an energetic high and there are other terpenes that give a more mellow feeling.”

Illinois Grown Medicine is in the middle of a build out of a 10,000-square-foot facility.

“It is a production company, but there have been discussions about putting up a breeding or tissue culture lab,” Cole says. “There is definitely room for us to grow in the breeding world. I see us breeding and eventually being able tosell some of the strains we produce to other companies as well. We would look to get patents on either the names of the strains or on the genetic markers in these plants so that we can receive royalties on them. This would be like the utility patents that some of the ornamental plant breeders have obtained.”

Although much of the cannabis breeding is focusing on recreational strains, Cole says more medicinal-focused strains are starting to appear.

“If you look online there aren’t a lot of strains that have high CBD levels,” he says. Each strain provides some benefit. Charlotte’s Web is a classic high CBD level strain.

“There are also recreational boutique strains that have some extraordinary flavonoids in them. There is one strain called Banana Candy Kush. It actually smells like a banana. Berry Bomb is an indica dominant hybrid (85 percent indica, 15 percent sativa) strain. It produces an extremely pink flower. It’s fascinating to see these colors that you would never see in the environment, just like a red striped petunia. It’s not natural, but breeders made it happen.”

David Kuack is a freelance technical writer in Fort Worth, Texas; [email protected].